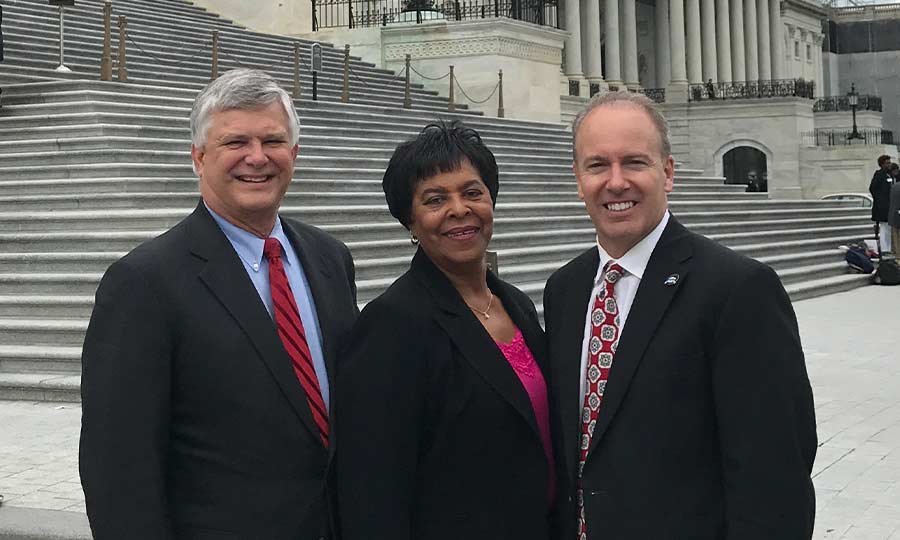 "I am honored that community leaders from both political parties have come together to endorse me because of my track record of working together to get results." - Jason Whalen

District 6 includes the communities of DuPont, Joint Base Lewis-McCord, Lakewood, Parkland, Steilacoom, Anderson Island, and Ketron Island. I’m proud to have earned support from the mayors, council members, and community leaders from these communities. I am honored that community leaders from both political parties have come together to endorse me because of my track record of working together to get results.

Don Anderson — Mayor
“I am endorsing Jason for Pierce County Council because I’ve witnessed his genuine dedication to improving the lives of everyone in Lakewood. And I know he’ll bring that same dedication to communities in our county…” (read endorsement)
Mike Brandstetter — Council Member
Linda Farmer — Council Member
Mary Moss — Council Member
“Jason doesn’t have a partisan agenda; he works on behalf of the people – not of special interests or Party ideology. That’s why – though I am a Democrat – I am endorsing Jason for Pierce County Council. ” (read endorsement)
John Simpson — Council Member
Helen McGovern-Pilant — Former Council Member
“I know Jason will push for policies that incentivize affordable and safe housing options. And, I know he’ll address pressing issues in our communities by ensuring mental health services receive adequate funding. These issues are among the most important for Jason – he’s proved his dedication to them as a member of the Lakewood City Council and Deputy Mayor.” (read endorsement)
Carole Jacobs — Clover Park School Board Member
Alyssa Anderson Pearson — Clover Park School Board Member

Doug Richardson — Army Brigadier General (Ret)
“Jason served our country in the Army — he understands the issues because he has lived them. Our active duty military and veterans need Jason to bring his unique perspective to the council.” (read endorsement)
Bruce Dammeier — Navy officer (Ret)
Dick Muri — Air Force Lieutenant Colonel (Ret)
“Jason knows what it’s like to serve our country, wear the uniform, and be deployed overseas. This kind of perspective must be lived to be fully understood. It’s critical we have a veteran on the council to represent and understand the interests of our armed forces.” (read endorsement‘)
Don Anderson — Navy Lieutenant (Ret)
Ken Farmer — Army Major General (Ret)